Just a shot. The murderer is in the picture. 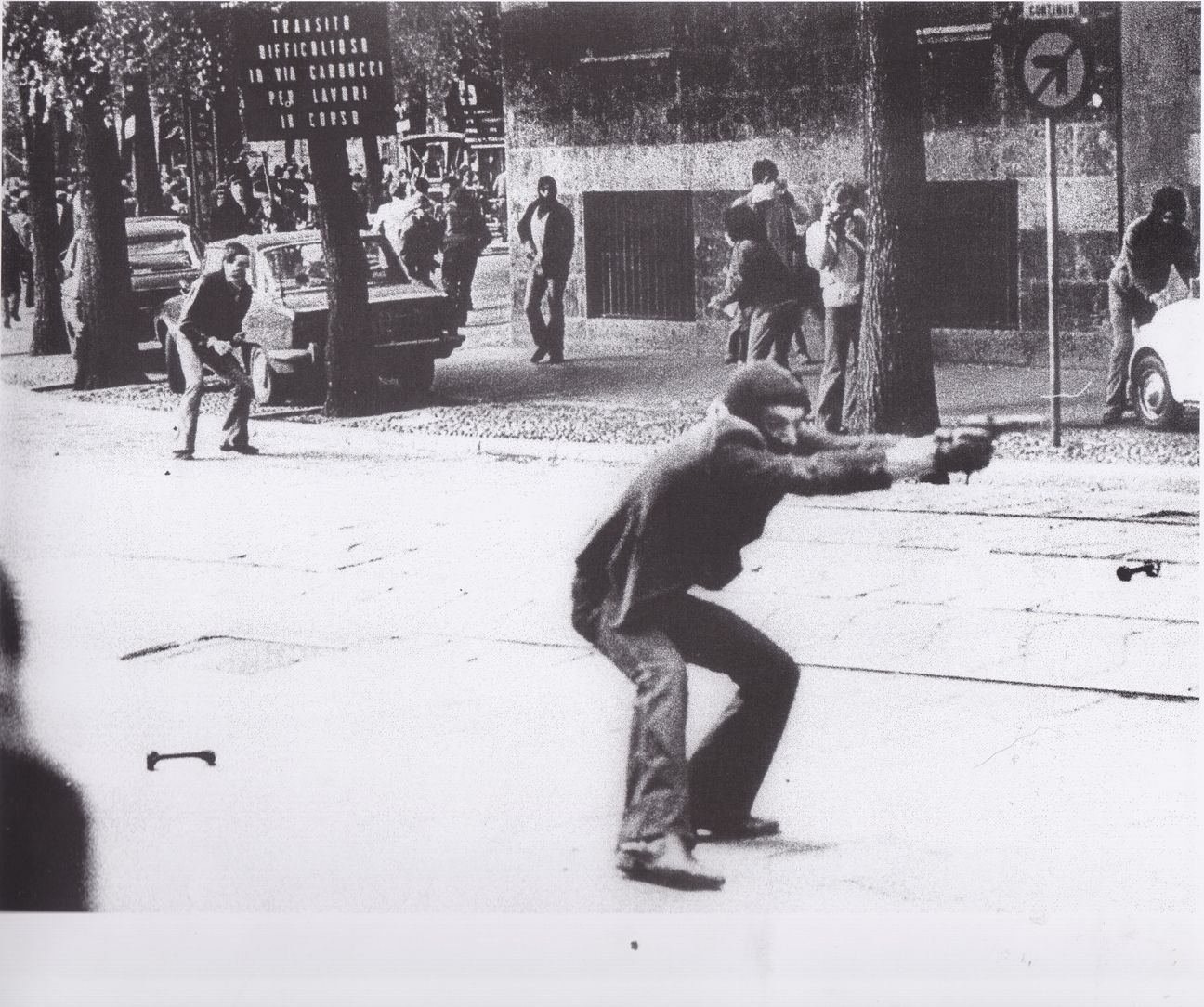 They say a picture speaks a thousand words. And this one has said a lot. This is the picture that has become the symbol of the “Years of Lead”, the seventies, when turmoil ruled Italy. But it is much more. This picture tells also the story of an unsolved murder. he discovery of a hidden roll of film, shot from a different angle and hidden since 1977 is now rewriting history. From the dark room emerges a story of bullets, photos and broken lives.