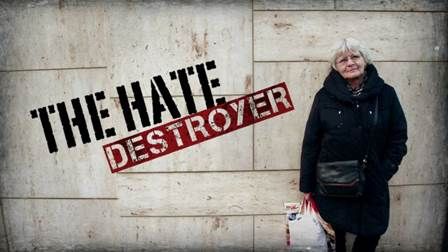 One day in 1985, Irmela Mensah-Schramm noticed a racist sticker on a wall and scratched it off. Since then, her daily mission is to delete any trace of nazi, racist or homophobic propaganda from the walls of Berlin. German neo-Nazis wants to see her dead, while supporters all over Europe admire the bravery of the clumsy, 65 years old woman. Why did she embark on this risky struggle? This is the story of a stubborn, single woman, but it is also the story of how the simple act of saying “no” can still be revolutionary in today’s increasingly intolerant Europe.